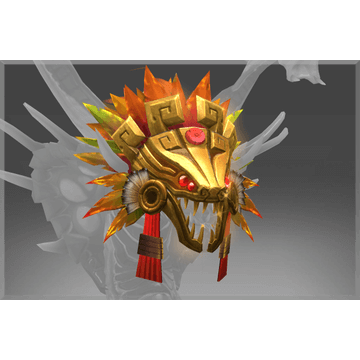 immortal
Used By: Venomancer
Following a particularly injurious victory, the Venomancer slithered into a crack in the earth, to coil around himself and focus on regaining full strength. But his chosen place of rest had a much older purpose. It was there that the worshippers of Aktok, an ancient serpent god destined to swallow the world, would gather once each season to offer sacrifice in Aktok's name. Mistaken for a herald of their lord, Venomancer was content to receive the offerings directly...until his strength returned, and he could trail the shamans back to their village for a much larger meal.