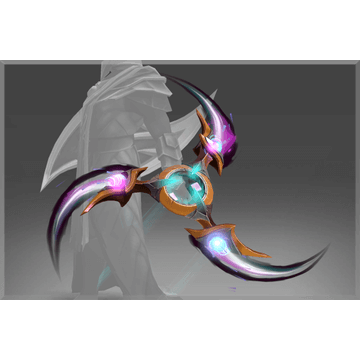 immortal
Used By: Silencer
Each orb on its own, when far removed from the other two, seemed nothing more than a mundane -- albeit perfectly shaped and polished -- stone sphere. Yet when the three stones were brought within proximity of one another, they began to vibrate so violently as to break the bones of anyone holding one. When a clever tinkerer devised mechanical means to bring the stones within a few paces of each other, the resulting shockwave left him and his hapless apprentice bleeding from the ears, and the stones nowhere to be found. It was only after they were much later recovered by the Aeol Drias that a more effective means of harnessing the power of the stones was discovered.