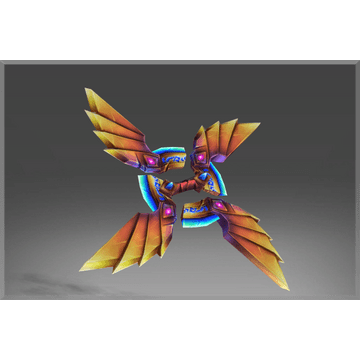 Glaive of the Silent Edict

mythical
Used By: Silencer
Even in his first memories, Nortrom's caretakers spoke ceaselessly of the glories that awaited their young ward, and the blessed favors each hoped to receive upon his fated day of ascension. It was those same handlers whose reverent administrations turned to spiteful neglect as the prospects of the child's rise dimmed in the shadows of his unmanifested abilities.