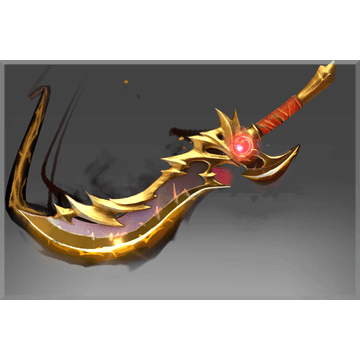 Golden Edge of the Lost Order

immortal
Used By: Juggernaut
Long before Yurnero's time, just before the apex of the Isle of Masks, a new school of Mastery emerged--one whose practitioners had learned to use their blades to pierce the very fabric of reality itself. But soon these blade masters found the repercussions of such actions could spread far beyond the field of battle. Fearing dire outcomes--the nature of which we know little about--the elders of the school burned every scrap of parchment in their libraries before turning their blades upon all of the school's adherents...and eventually themselves.