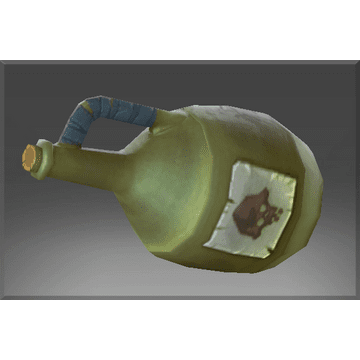 uncommon
Used By: Shadow Shaman
Although some travelling shaman have been rightly accused of selling colored water as if it were a certain cure for all ills, Rhasta makes no such claims and has never charged so much as a pence for a swig from this bottle. In fact, no one but Rhasta may drink from it. The Shadow Shaman's brew is certain death to anyone but its maker.