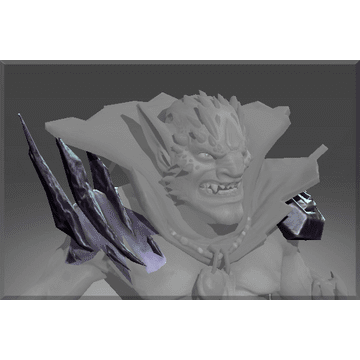 Heroic Shards of the Malignant Corruption

common
Used By: Lion
Far away beneath the Sunken Cities and through the Infernal Hollow, Buki'vak the Corrupted dwells in the depths forever expanding his corruption throughout the sea. Hearing of his power, Lion seeked to harvest his parts for a fresh demonoplasty. After a strenuous battle he defeated Buki'vak and gained the hand he desired as a reward, but it was not without cost. Just as his previous hand transformed him, so did this one. He became afflicted with the Malignant Corruption, causing unseemly shards of Obsidian to grow from his body and further disfigure him into something even more unrecognizeable from his original form.