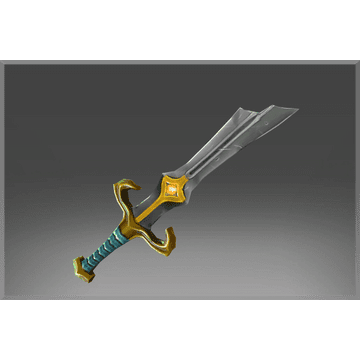 rare
Used By: Wraith King
The Duke of Levinthal, Elector of the Gleaming City, withstood Ostarion's besieging undead legions for many days before sallying forth to face the Immortal King in personal combat. This broken blade is the sole legacy of that ill-fated act of defiance.