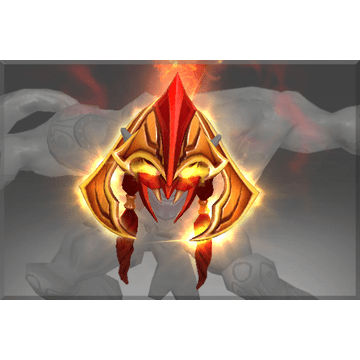 1.09
Searing Dominator
immortal
Used By: Huskar The International 2015
The old tales tell of a scion of the Dead God, who led an army of the dead before being betrayed and destroyed by her own restless minions as they sought to return to their slumber. Atop the head of the scion's undead champion sat the Searing Dominator, a helm that ignited the blood of its wearer to fuel its terrible power.
Kup