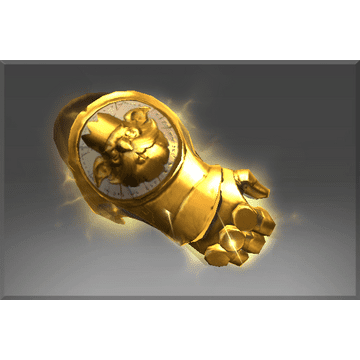 2.86
Razzil's Midas Knuckles
immortal
Used By: Alchemist The International 2015
Midas has long been considered Alchemy's most successful practitioner. Seeking to address the incredible costs of war, he developed a series of gauntlet prototypes to be worn by revered knights of the kingdom, which were capable of minting coin with every strike.
Comprar