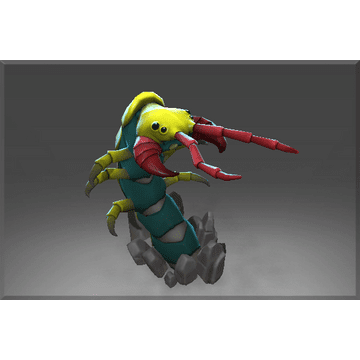 immortal
Used By: Venomancer
The darkest wilds of Jidi Isle are home to wondrous horrors. A distant relative to the Spitterpede family, the Splattering Forcipule can often be found growing in damp crevices or between the roots of trees. They will spend their entire lives bound to a single location, and the toxic venom they eject upon any creature foolish enough wander nearby is often more than sufficient to poison the hapless victim, as well as begin its digestion. Once this poor soul expires, their melting remains are quickly absorbed into the earth where they fall, allowing the Forcipule's subterranean root-tendrils to absorb the nutrients.

Splattering Forcipule could be found in