Fiery Soul of the Slayer 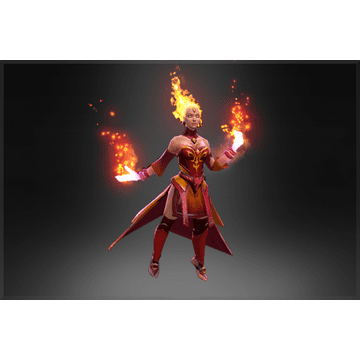 22.03
arcana
Used By: Lina
Used By: Lina
Date Received: Jun 04, 2017 (9:03:05)
It has often been said that Lina's hair was touched by fire, though few know the truth of this claim. In Lina's youth, as her natural talents first began to smoke and smolder it was her fiery hair that told the tale of the storm to come. With time and training, her skill and control of the flame was enough to suppress the searing display. Yet on occasion, when her ire grows and tempers flare, the full measure of Lina's burning spirit threatens to unleash its wrath.