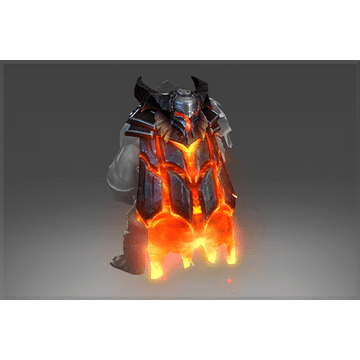 1.05
Mantle of the Cinder Baron
immortal
Used By: Axe
The Sorcerer King of Valhessi is but one title among many that the doppelganger Niyish has worn. Impersonating the Cinder Baron, the imposter led his forces on a disastrous military campaign, finally gaining an audience with the powerful Valhessian King during their surrender. Now, as the Inferno Keep melts into its volcanic foundations, this mantle is all that remains of the Cinder Baron's reign.
Buy

Mantle of the Cinder Baron contain in cases